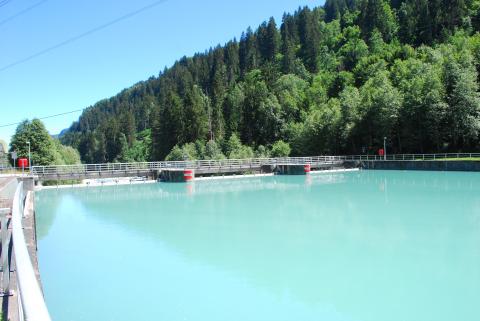 Changes in socio-economic activities may lead to changes in water use and water consumption, and also influence the discharge of the Rhine river. In this study the possible effects of water use and water consumption of the public sector (domestic water), the industrial sector (production water), the energy sector (cooling water), the mining sector (pumping and filling of mines) and the agricultural sector (irrigation) are evaluated. The objective of the study is to integrate the available information and to evaluate the relevance of changes in water use and consumption by the individual sectors on the distribution of the discharge of the Rhine river.

The results of the “Integrated Overview on the effects of socio-economic scenarios on the discharge of the Rhine river” indicate that our present knowledge on the actual and possible future water consumption by agriculture (irrigation) and energy production (cooling water) presents the largest uncertainty (Ruijgh, 2019). In addition, it was recognized in the study that changes in reservoir management could influence the distribution in time of the discharge of the Rhine river significantly.

As a follow-up the CHR initiated the set-up of a planning tool for scenario exploration. The envisioned planning tool can be used to simulate the behavior of the Rhine Basin under various scenarios (climate, economic developments, interventions, etc.).

In 2020 two river basin simulation models have been setup for the Rhine River basin powered by the RIBASIM river basin modelling software. RIBASIM is a generic model package for simulating the behaviour of river basins under various hydrological conditions. The two Rhine models are:

1. The Rhine001 model which was originally developed in Excel in the SES Rhine project (Socio-Economic Scenarios) in 2019 and has been converted to RIBASIM in 2020. The model covers the Rhine River basin from its source in Swiss till the border between Germany and the Netherlands and simulates 1 year in monthly time steps. No water storage is considered. The simulation cases reflect the reference case and 3 scenarios.

2. The Rhine002 model which has been developed making use of mainly open global datasets. The Rhine002 model is a detailed model for the whole Rhine river basin from its source in Swiss till the North Sea including the Netherlands. The model simulates multiple year time series of decade time step and a computational time step of 1 day. All existing and potential water users and major water storage infrastructure like dams, reservoirs and natural lakes are considered. The hydrological boundaries (runoff, rainfall, evaporation) are generated in the rainfall-runoff model Wflow. This first version of a detailed water availability, demand and allocation model of the Rhine River basin has been setup with the intention to improve it in the coming years. The present base case has been setup and a scenario analysis has been carried out to illustrate the potential use.

In the 87th CHR meeting it was recommended to develop these models further in 2021 based on the guiding principles of participative approach, integration and exchange of local data and co-creation of knowledge. The reliability of the model will grow each time more local knowledge and expertise will be transferred into the tool. The integration of provided data by the riparian countries, model simulation and scenario analysis will deliver new insights and increase our joint integrated knwledge about the Rhine basin.