Towards coordinated discharge scenarios for the international Rhine basin 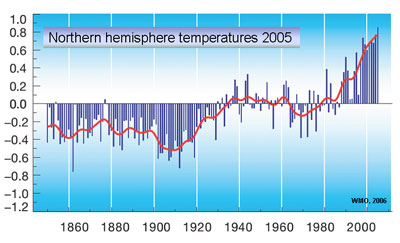 According to current climate projections future climate may be characterised by an increase of the climate system's variability which might also be accompanied by changes in the frequency and intensity of meteorological extreme events. Global climate models indicate robust large-scale changes of the precipitation regime (e.g. decrease of summer-, increase of winter precipitation in Central Europe) (e.g. IPCC, 4AR WG1, 2007). Linked to this are modifications of discharge (low flow and high flow) regimes of European rivers, with variable impacts on managed (anthropogenic) and unmanaged (natural) systems, depending on their sensitivity and vulnerability (ecology, economy, infrastructure, transport, energy production, water management, etc.). Even under an efficient climate change mitigation policy, climate change is going to have impacts in the upcoming years. In this context, decision makers need adequate adaptation strategies to minimize negative effects of climate change, based on up to date knowledge on the potential impacts including uncertainties.

In this context the International Commission for the Hydrology of the Rhine basin (CHR) has carried out the project ‘RheinBlick2050' aiming at the development and interpretation of joint, consistent discharge projections for the international Rhine River catchments. The underluing data and information are compiled from different national research projects from The Netherlands, Germany, France and Switzerland and are based on the most actual climate projections. The findings will help to assess future changes of hydro-meteorological conditions in the Rhine River basin and how such impacts influence hydrologic and hydraulic processes. Potential users of the findings and data, stakeholders and decision makers have been involved.

The International Commission for the Hydrology of the Rhine Basin (CHR) has invited scientists, decision makers and stakeholders in the field of climate research and climate change mitigation for a two-day colloquium. The colloquium was held at the University of Bonn 13 and 14 October 2010 and has presented the results of the RheinBlick2050 project but also results of similar projects in the Rhine basin.

The invitation to the event was issued by the International Commission for the Hydrology of the Rhine Basin (CHR) in cooperation with the Swiss Federal Office for the Environment, the German Federal Institute for Hydrology, the German IHP/HWRP Secretariat and the Dutch Centre for Water Management.

Working language of the workshop was English.